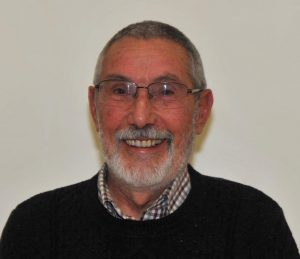 Trevor was born in Portsmouth and qualified as a chartered civil engineer in 1966. After working as a local government engineer he joined Anglian Water in 1973. Upon leaving Anglian Water in 1990 he was a Consultant Engineer, working for 13 years as project manager on various large civil engineering schemes.  Trevor lived in Oundle and was a member of Oundle Town Council for 5 years. He moved to Orton Waterville in 2014.

Trevor joined the Parish Council in October 2015 and, from May 2016 to April 2017, was the Chair of the council. He is also the council’s representative on the Orton Waterville village hall management committee.